This past weekend was the first ever Angular Hack Day Melbourne, a free event where developers from a range of different backend technologies running on a variety of platforms come together to learn from each other and share the angular love. 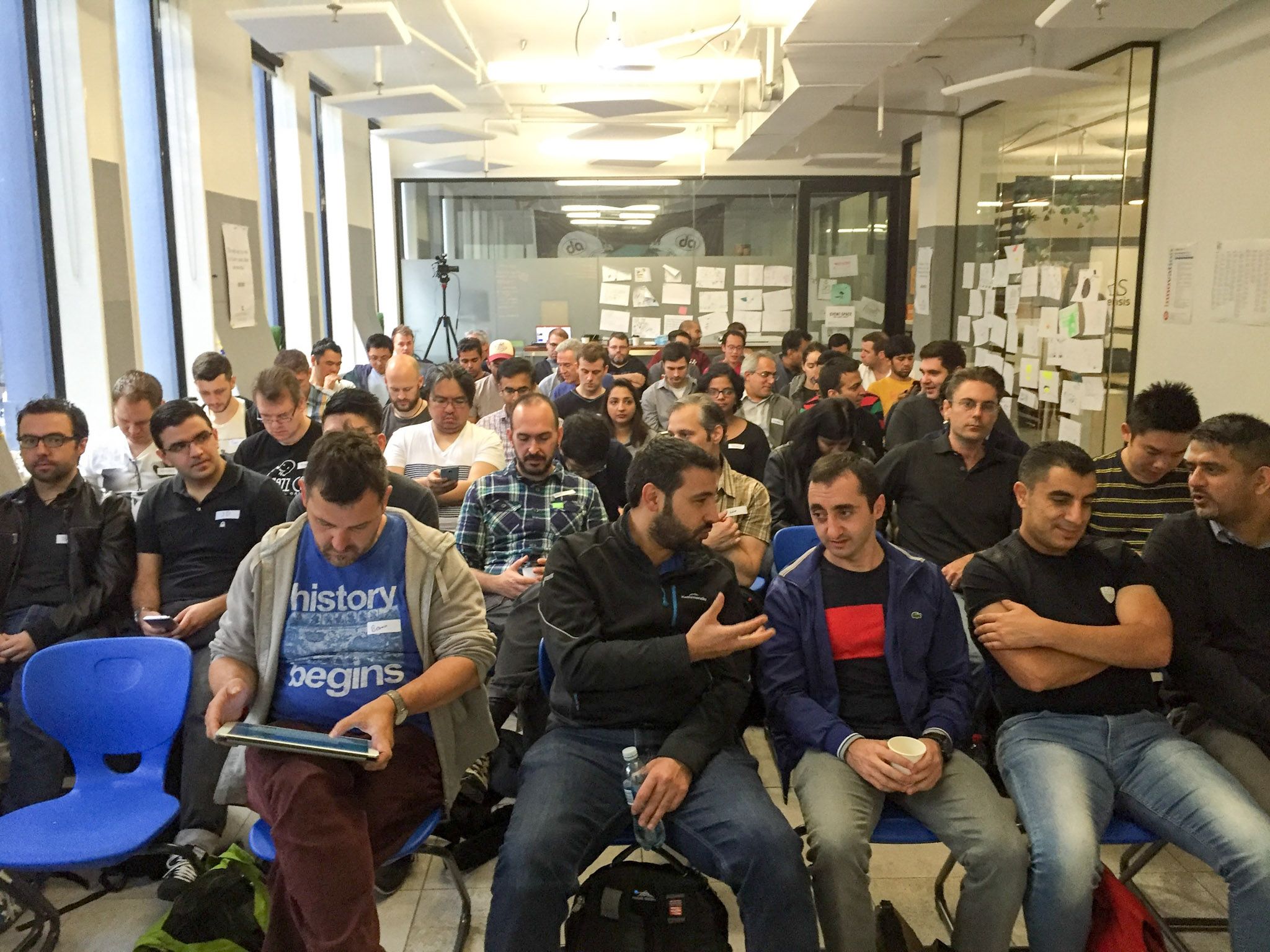 As one of the organisers of the Angular Hack Day, it was incredible seeing so many people in attendance. We packed out our presentation space and completely sold out of tickets. It was great getting to work with Melbourne community leaders, Alexander Burakevych & Tiang Cheng. They helped me with a range of tasks from organising sponsorship, running lead up events and getting the word out in the Melbourne Angular community.

In the morning, the attendees were taught about the basics of Angular 2 through a series of 15-minute lighting talks by experts. Many thanks to our speaker line-up for the event:

SSW will be releasing the video recordings of the speaker presentations soon over at tv.ssw.com.

After the round of lighting talks, attendees fired up their computers and coded an app in groups with the experts on hand, ready to unblock them. The attendees worked on a range of projects from the speaker challenges to integrating Blockly, a library for building visual programming editors with Angular 2.

Check out Gregor Pacnik angular2-blockly project he wrote at Angular Hack Day Melbourne on his github.

In the afternoon, the attendees got up, shared what they wrote and presented on what they had learned. Although everyone who wrote an app on the day was a winner. 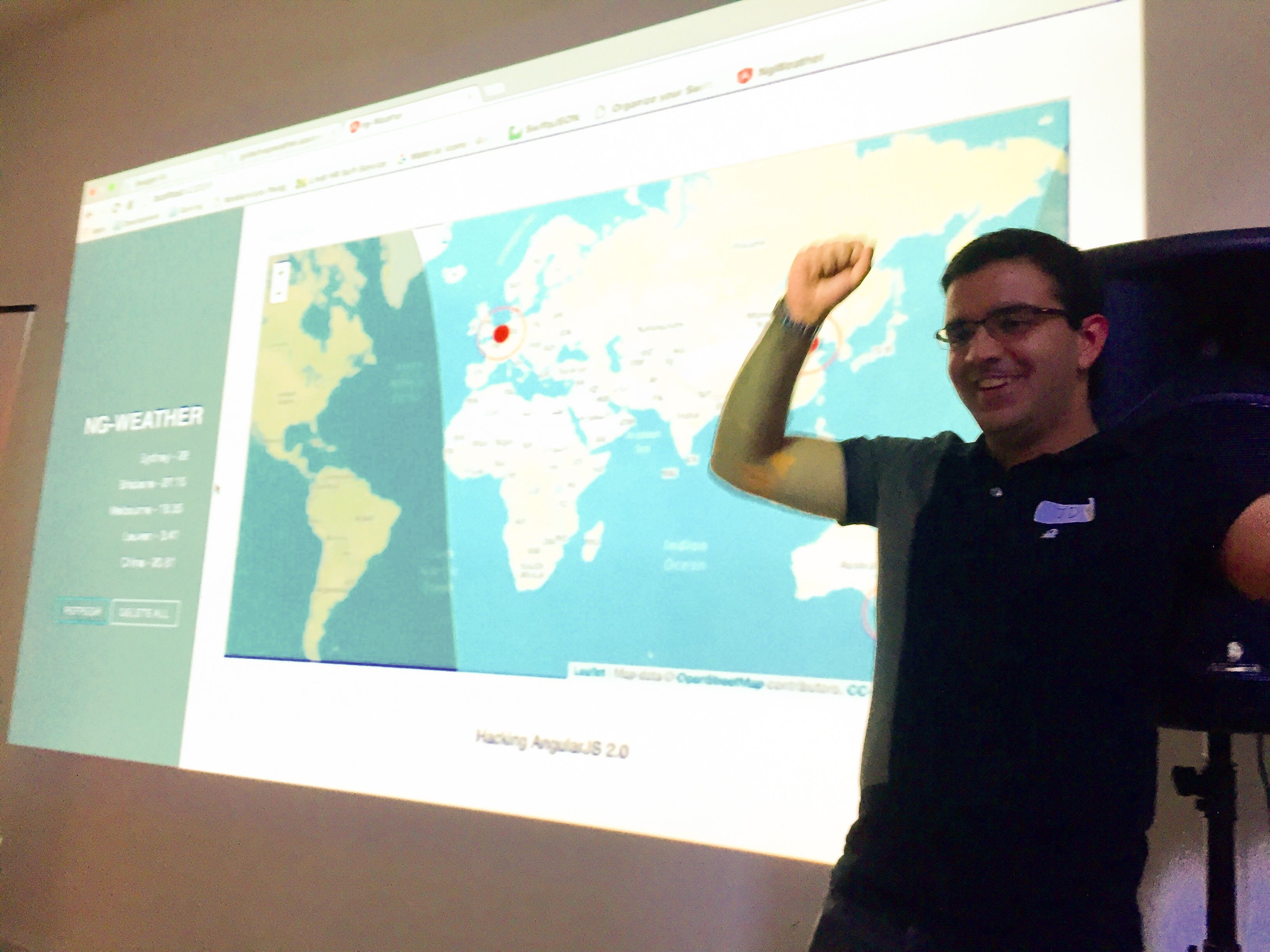 In the end, only one can hold the Trophy aloft, congratulations to Adir Cohen. 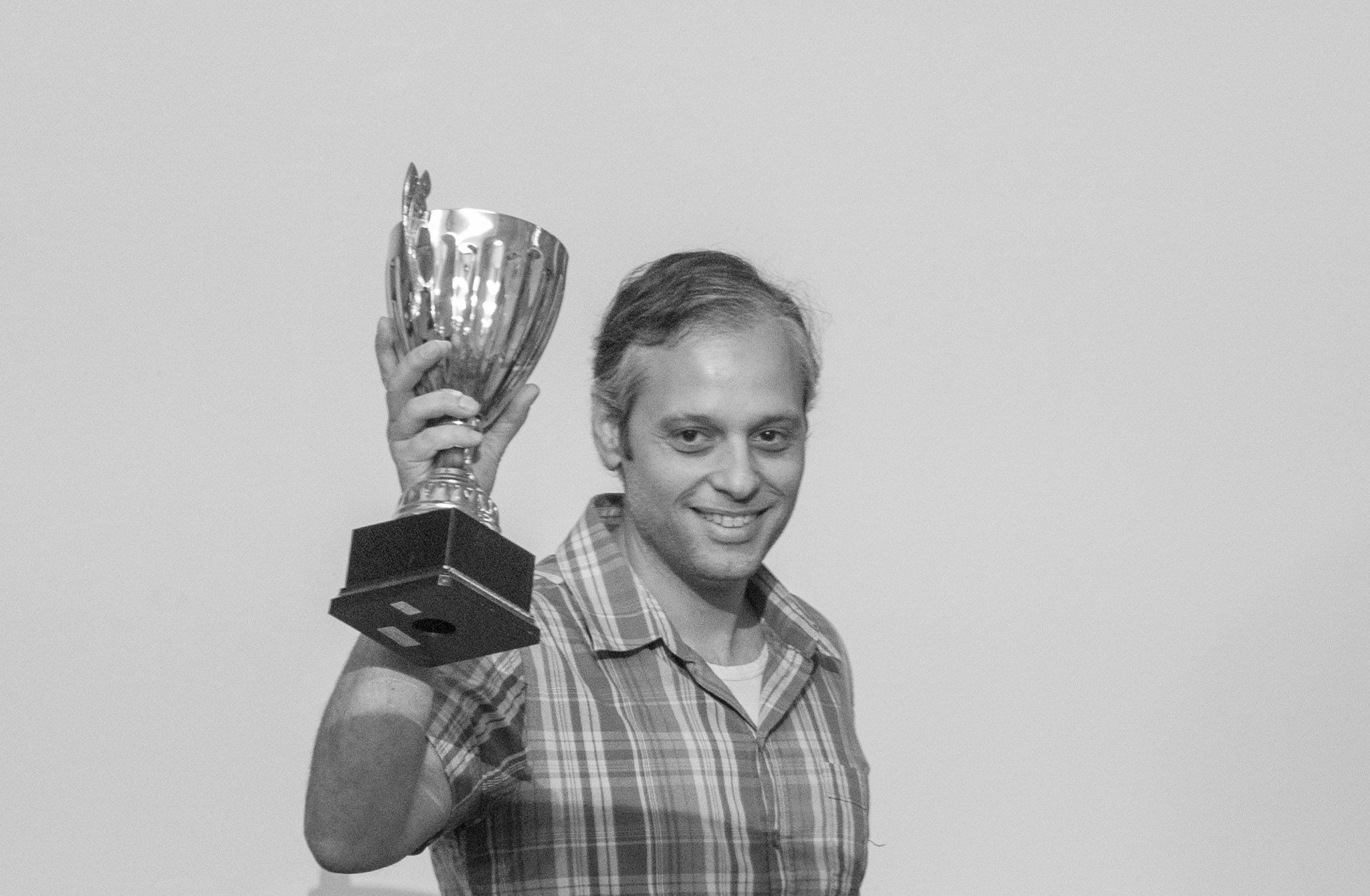 A highlight for many of the attendees of the hack day was the Angular 2 101 class that Duncan taught, in which he took a small group (as many as we could cram into a classroom) to teach a crash course on Angular 2. Although cramped I heard only rave reviews from the attendees, with them not even wanting to stop for free pizza. 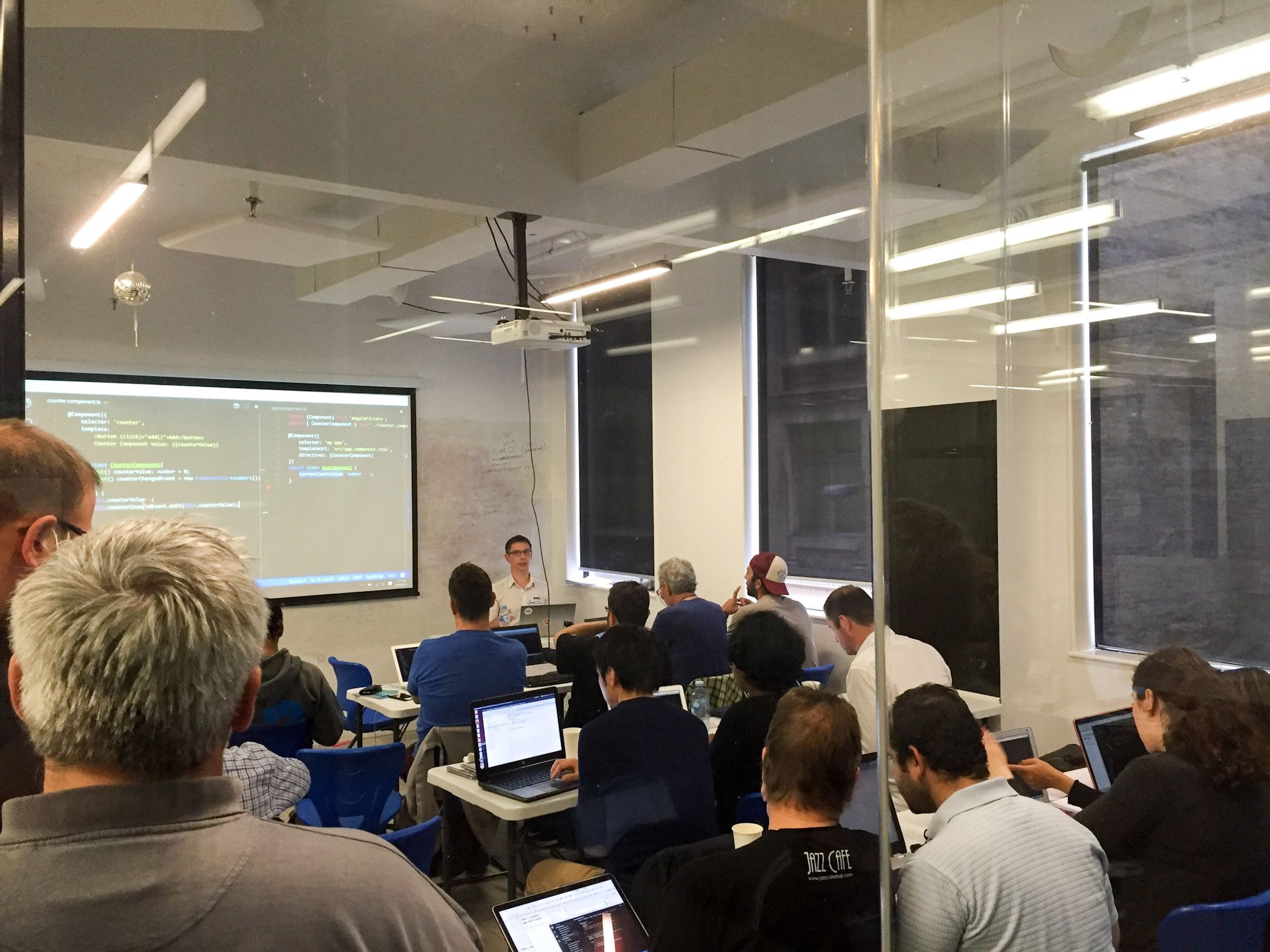 On top of having the speakers on hand to unblock people and Duncan running a class on Angular, we also had a team of mentors. These guys were always ready and willing to give their fellow devs a hand. 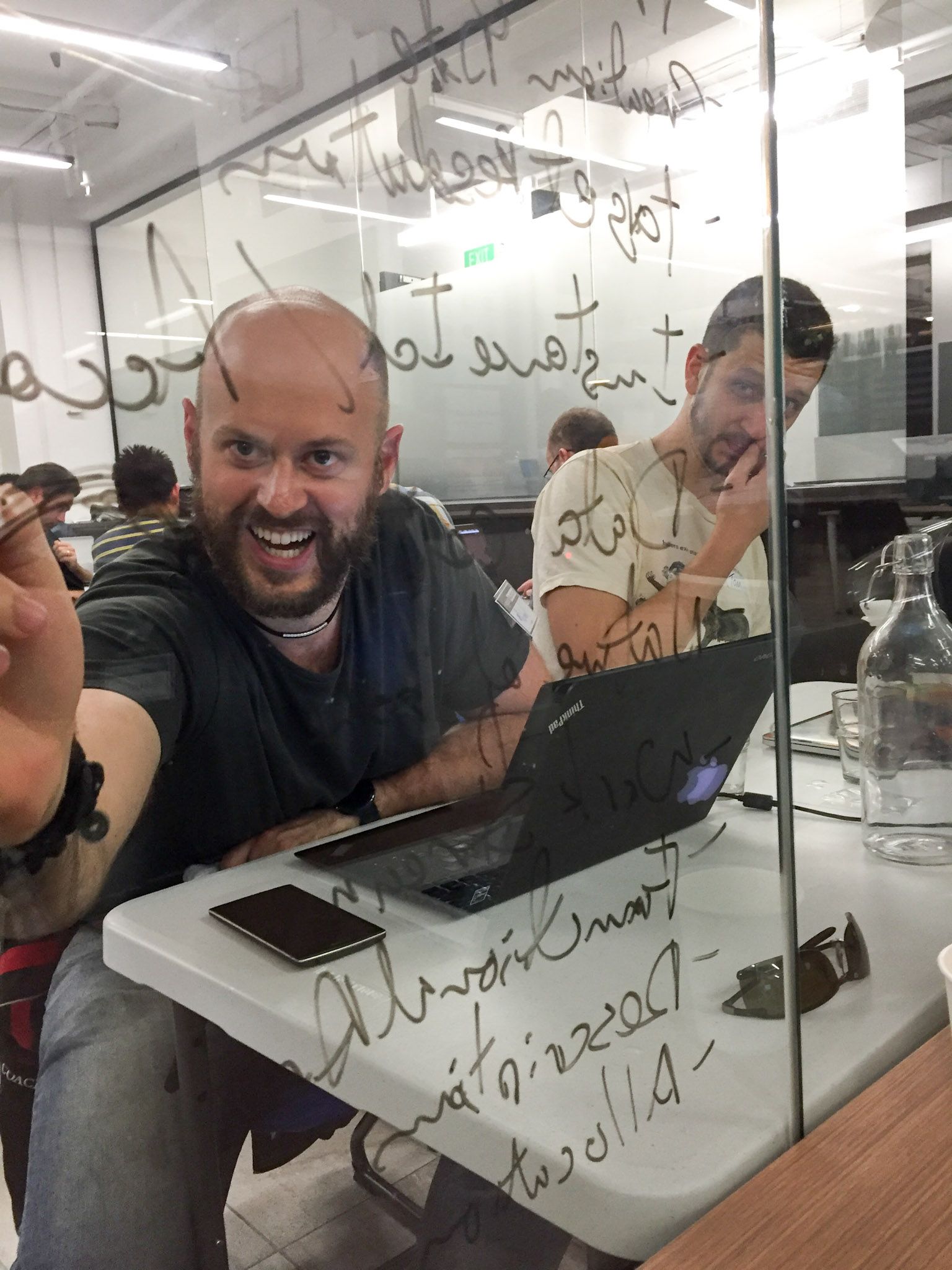 From talking with attendees, I was surprised how many had installed and written their first Angular 2 applications in Visual Studio Code. This was probably due to seeing demos of extensions for Visual Studio Code and how simple it made Angular 2 development.

Lastly as someone who organises hack days for both Xamarin and Angular in Brisbane, Sydney, and Melbourne; I can say without a doubt that it would be very difficult to run this event without our sponsors: Collective Campus, Sensis, and SSW.

For those who missed Angular Hack Day Melbourne, good things come to those who wait. We are currently planning to be back in Melbourne with more places available for passionate developers to get together learn from each other and share the Angular love.

These Hack Days are community events which have been run all over the world including the US, China, and Europe. If you are interested in having an Angular Hack Day near you, then get in touch with me. We’re constantly looking for enthusiastic community members to help make these events even better!